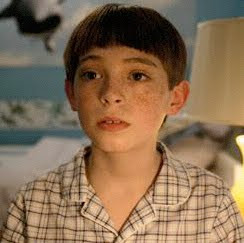 --- Happiness Where Are You - Here it is! One of the best films I saw last year was when I saw Todd Solondz's pseudo-Happiness sequel Life During Wartime at the New York Film Fest - my review - and I've been dying to hear word of its proper release. Not for all y'all who haven't seen it but for me, again, I wanna see it again dammit! Me! Anyway finally word's come - IFC bought it (of course they did, they fucking rock) and will release it in theaters and VOD this Summer. So good y'all. Charlotte Rampling alone is worth the ticket.

--- Lady Lovelace - The duo that just got Jimmy Franco gay again as Allen Ginsberg in Howl are turning their attentions to the original Deep Throat herself, Linda Lovelace next. You might recall, I do, that once upon a time Anna Faris was gonna have the guts to play the part. I wish she'd reconsider and try to do it. Come on, Anna! Challenge yourself! 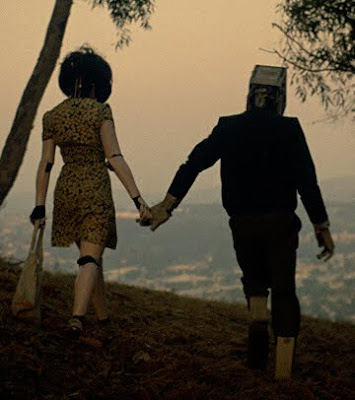 --- Bot Buzz - I'd heard about Spike Jonze's "robot love story" short film I'm Here a lot these past few weeks - Slash has been covering it pretty thoroughly - and it sounded cool, sure, it's Spike Jonze. But today I find out via AICN that Andrew Garfield is the star and my ears really perks up. Andrew Garfield for the win.

--- Inner Space - An old Gene Roddenberry project from the 70s called Questor Tapes - about an adroid searching for his purpose - might be finding new life, says AICN. The part that caught my eye is it's apparently gonna be produced by Tim Minear, a fine fellow whose hands have been all over everything from Angel to Dollhouse to Wonderfalls... he's so fine he's got his own label here at MNPP. I like him muchly and his name alone makes this something to pay attention to (more than Roddenberry for me, honestly). 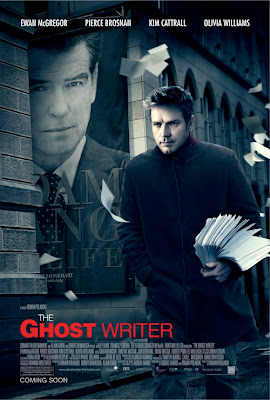 --- Good Ghost - More word on Roman Polanski's The Ghost Writer after all those images I posted yesterday - there's the poster to the right, and apparently some sites have already seen the film, and word is sounding pretty dang good. First via AICN:

"[Polanski's] most accomplished thriller since THE TENANT... Polanski is back in a big, big way... Though the story is something of a slow burn, Polanski runs the film at a brisk pace, eschewing opening credits in favor of getting into the duplicitous goings-on as quickly as possible. There are the usual intrigues (double-crosses, infidelities, carefully scrubbed pasts), but Polanski and Harris approach these conventions with a self-aware cheekiness: i.e. the characters are cognizant of the part they're playing in this oft-told drama, but they're powerless to opt out - so they wearily give in. At its best, THE GHOST WRITER feels like Polanski's lightly absurd take on ALL THE PRESIDENT'S MEN. And it's an unusually vigorous film for a seventy-six-year-old director."

And next via Cinematical:

"Polanski has assembled a very strong cast with McGregor, Pierce Brosnan as Adam Lang, Kim Cattrall as Amelia, Lang's right-hand woman, and Olivia Williams in a stand-out performance as his wife Ruth. The Ghost Writer is a meticulously crafted, stylish film that brings an old Hollywood, noir sensibility to this story by Robert Harris that I liked more, the more I thought about it afterward."

Every time I see a story about The Ghost Writer, I really want it to be a remake of: http://www.youtube.com/watch?v=2yPJ1wNqBb8.

Olivia Williams! It really is her year isn't it? What with this and her gorgeous turn in An Education, not to mention Dollhouse. I also rewatched The Heart of Me recently and the Bonham-Carter, Williams, Bettany triumvirate is still a winner.

Unknown said...
This comment has been removed by the author.
6:13 PM

So. Excited. For. Ghost Writer. It's been too long since a decent political thriller. The last one was Michael Clayton.

And where the f- did Olivia Williams come from? How did that amazingness hide?