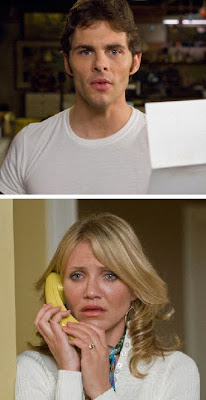 It was late when I got home last night from the screening of The Box and the Q&A with Richard Kelly and James Marsden (or at least late for an old man like me) but I did notice before I went to sleep a certain tweet from the mind of Roger Ebert:

"It wasn't screened in a timely fashion for critics, but "The Box" is surprisingly good."

So I knew it was coming. A positive review of the film from Roger, that is. Still I didn't think he's pop it out so quickly, but sure enough today there it sits, making my stomach curdle. Choice bit:

"Norma and Arthur Lewis aren't bad people -- pretty nice ones, in fact. They regret her impulsive action immediately. But then the plot grows sinister, coiling around to involve them, which we expect, but also venturing into completely unanticipated directions, and inspiring as many unanswered questions as "Knowing," which I loved.

Many readers hated "Knowing," and many will hate "The Box." What can I say? I'm not here to agree with you. This movie kept me involved and intrigued, and for that I'm grateful. I'm beginning to wonder whether, in some situations, absurdity might not be a strength."

That's actually the end of his review, so my apologies for ruining what he builds to. That being a defense of Knowing of all godforsaken things. Jinkies. 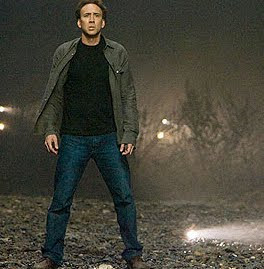 Okay, honesty time - I need to step back from that, I have not gotten around to watching Knowing yet. So I know nothing. I've had it for months but Alex Proyas is another filmmaker like Richard Kelly that has started to depress me (although Proyas is much, much further gone than Kelly is), and I just haven't wanted to go there just yet. Perhaps I oughta. Although if its anything on par with my reaction to The Box, I just have got more depression in store.

"Heading back to LA on opening day - thanks to everyone in NYC for your support!"

I watched Knowing because I love Dark City and I trust Ebert. But seriously... it was one of the worst movies I've ever seen. Epically awful. I'm still reeling from the experience. I've read and re-read Ebert's review of Knowing and I still have no idea what he's talking about. I hate the idea of putting you through pain, but I'd love for you to watch Knowing just so I can hear your thoughts.

I will watch it someday, Michael, it's always there staring at me from my pile of DVDs to watch. And when I do, the world will hear my cries! ;-)

Maybe if you read up on free will, it could be better.
http://www.ropeofsilicon.com/article/movie-review-the-box-2009

The Box is totally awesome.

I'm starting to think that Kelly is a true original. Unlike his idol David Lynch, he's sincere and innocent where Lynch is jaded and filled with dread. Contrast him further to Bunuel, a hard-hearted cynic and misanthrope and you've got a truly original voice in cinema.

In The Box, Kelly also turns down the film references (Southland Tales was overflowing with them) even while the movie might remind you of a dimly-recalled Twilight Zone episode. Also to his credit, the 1976 setting is devoid of camp references littered in films like The Ice Storm and Boogie Nights. (And it begs the question as to why it takes place in the Seventies.)

You've aroused by curiosity about Knowing. I totally can't wait for Kelly's next film.