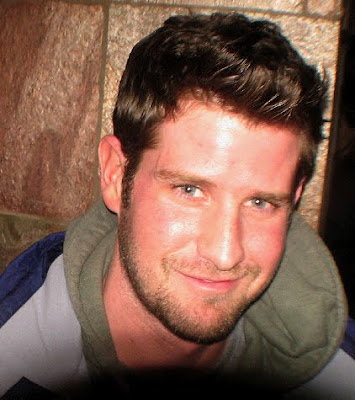 --- Doctor Darko - I'm sure there will be tons of interviews and articles on Richard Kelly today since The Box is now open for business so I'll surely miss plenty. But here are a couple that grabbed my eye this morning. There's a good-sized chat with him over at AICN and a brief one at io9 that touches on some interesting stuff (including whether he's seen S. Darko or not), and also at io9 there's a run-through of what they're calling the "Darko Mythos," which supposedly runs through all three of his films so far. Worm-holes and what-not. Interesting stuff. 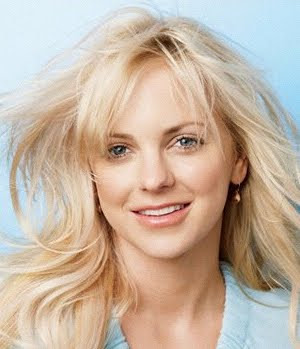 --- Bear With Faris - Oh God, Anna Faris, you are really testing my dedication right now. This dumb-kid trilogy of yours - first there was Cloudy With a Chance of Meatballs, next up you're a voice in the Chipmunks "Squeakuel" (shudder at that word), and now you've signed on to presumably be the live-action portion of a partially animated Yogi Bear movie? Come on, lady! I demand that you use the cash you make from this to make a raunchy lady-comedy where you're not showing off your tits, please. Oh and Justin Timberlake is voicing Boo-Boo in this Yogi movie. Him, I expect this from.

--- And Then There Was Jake - Haven't watched this myself yet but Slash has the second trailer for Brothers, the Jim Sheridan movie starring Jake and Tobey and Natalie. There was a first trailer? I don't think I even watched a first trailer. Hrm. 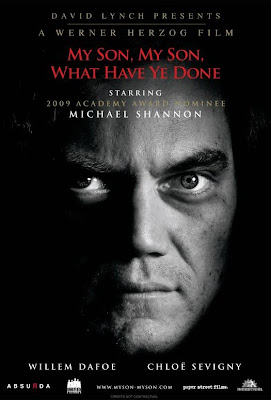 --- Come To Me, My Son - Now this is the sort of great news I hunger for today: BD has word on Werner Herzog's other movie this year, the one that doesn't star Nicolas Cage and make my mind spin, the one called My Son My Son What Have Ye Done? that stars Michael Shannon, Willem Dafoe, Chloe Sevigny, Grace effin' Zabriskie, and a bunch more awesome people. It's opening here in NYC on December 11th! Whee! If I'd known this was getting a release this soon it would've made my Five Most Anticipated Movies list that I made yesterday; I'd been assuming we'd be waiting until next year for it. It's opening at IFC Center so I would hazard a guess that it might play on their VOD channel around that time too maybe. Unless they're doing this for an Oscar run - playing on VOD complicates that, doesn't it? Man the Oscars have got to catch up with the real world. That's also the poster there to the right, and BD has the trailer as well. 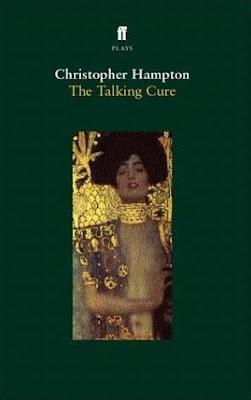 --- Freud V Jung - Slash has also got word on another possibility for David Cronenberg's next movie - here's how they sell the source material:

"Talking Cure, a 2002 play by Christopher Hampton. (Ralph Fiennes, Cronenberg’s star in Spider, appeared in one of the primary productions of the play.) The story’s arc concerns the founding fathers of psychoanalysis, Carl Jung and Sigmund Freud, and their parallel relationships with a beautiful patient, Sabina Spielrein."


They rightly reference Dead Ringers being brought to mind by that description. But Slash seems unsure whether this is merely one of the many possibilities floating out there for DC to make next or if there's any reality to it. I guess we'll see.

"...the film focuses on "a high school tramp who runs away with the school's gay, fat kid in his homophobic dad's stolen car."


Add to that the fact that the current cast-list includes Lisa Kudrow (as the gay kid's "mousy repressed mother" in shades of her Opposite of Sex character, natch) and Sally Hawkins and you kinda got yourself a no-brainer here. 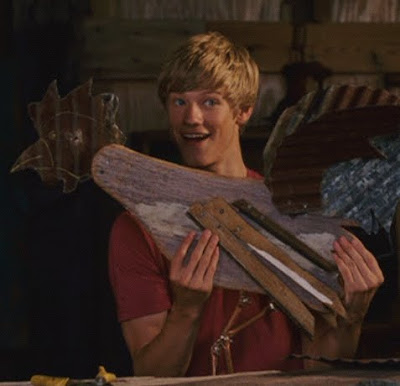 --- And finally, Joe has seen the Hannah Montana movie two times. Two times! Hours of his life have been spent therein. So you owe him a glance at the hysterical fruit of that monumental effort. Plus, gay twink handling cock!
.
Who? Jason Adams When? 11:05 AM

on the Brothers trailer, didnt they already make that movie, wasnt it called "Pearl Harbor"?

"I demand that you use the cash you make from this to make a raunchy lady-comedy where you're not showing off your tits, please."

This is a contradiction. A raunchy lady comedy would require showing off of the tits (as well as beef cake). ;)