And Speaking Of Spooky Screenings... 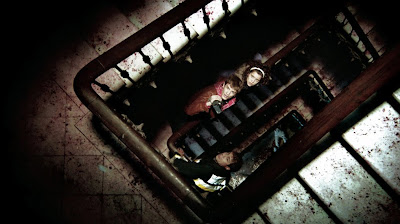 ... somehow I'd forgotten to blog about this when I first heard but it came up earlier today in the comments so better late than never, I guess: [REC] 2, the apparently worthy sequel to (you guessed it!) [REC], the first-person Spanish zombie movie from last year that terrified me and many others, is playing at Walter Reade in NYC this upcoming weekend, Saturday and Sunday nights. It's for their Spanish Cinema Now series. They're also showing the first film on Sunday. Super crazy excited to see this one! Here's the trailer (en Español):