.
Other people besides my esteemed friend-in-real-life Bri who reviewed Harmony Korine's Trash Humpers for MNPP earlier today seem to have "seen" "things" up there at the Toronto Film Festival as well. In fact, over at Twitch this morning I noticed a pair of reviews of movies that I hadn't seen proper reviews of yet - I'm sure they exist, I just hadn't seen them anywhere - so I figured, hey, let's look at them things. And I'm glad I did because they each got me more excited for movies I was already looking forward to. 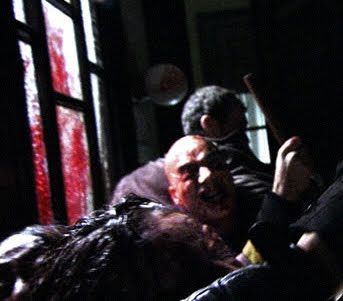 First up, here's a choice-bit from their look at [REC]2, the sequel to the Spanish first-person zombie movie that rocked my world last year:

"There has been speculation leading in to this film that [REC]2 would have the same relationship to the original film that Aliens has with Alien. This speculation is correct. Though very definitely set in the same world as the original, this picture functions in many ways according the rules of a completely different genre. The first was about fear, legitimate fear of what was happening. This one is far more about adrenaline, about the rush of the creators feeding you more of what you already expect while then turning some unexpected corners to keep things fresh.

On the expectation side they first find a completely plausible method of maintaining the first person perspective so integral to the original, a perspective that they employ with ruthless efficiency to keep the audience at the edge of their seats, seats they'll jump out of often as creatures come hurtling out of the dark. They also deliver the vicious kill sequences that fans demand."

The reviewer bemoans the fact that the film's head-first dive into action doesn't allow much in the way of character development but seems to have enjoyed the film all the same. 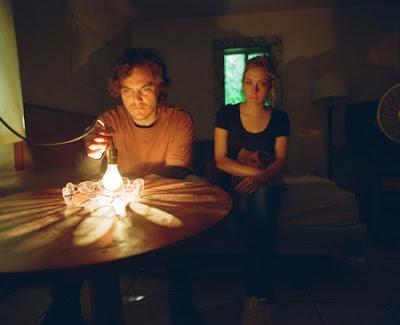 And next we have their look at My Son, My Son, What Have Ye Done, the second Werner Herzog film screening up there (after his Bad Lieutenant with Nic Cage that blew everybody's minds). My Son stars the terrific Michael Shannon as a chap that slaughters his mom with a sword.

Choice bit from the review:

"Herzog takes his star-studded cast - Chloe Sevigny, Udo Kier, Michael Shannon, Brad Dourif and Grace Zabrisky all star - and stages the film in a highly theatrical style, one that borrows liberally from [producer David] Lynch's proclivity to long silences and bursts of the surreal. The dialogue is delivered in an entirely unreal manner, all of it strangely stilted as if the film itself has been corrupted by the mental illness which occupies its core."

I'm not sure if I knew that David Lynch was the producer on this, but that only serves to excite me more. Surreal and stilted, mentally ill, and people walked out on it? So there.
.
Who? Jason Adams When? 11:19 AM

Every blurb I've read about REC 2 (I won't read a full review until I've seen it!) has been extremely positive- some folks even saying it's better than the first. I. CAN'T. WAIT.