The Trailer For The Box Is Here At Last! 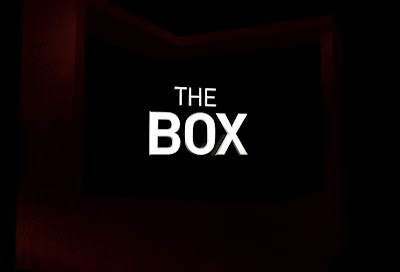 .
When I got to my office this morning, what should be waiting outside the door? Why a giant cardboard box, of course. The UPS man apparently just left it sitting there at some point. This would seem an insignificant thing if the first thing I looked at this morning once I got onto my computer had not been the trailer for Richard Kelly's The Box, in which Cameron Diaz and Jimmy Marsden receive a cardboard box on their doorstep which brings horror and doom into their lives. So now I'm sitting here, after watching this trailer, giving that box left here at my office the side-eye. What do you contain, abandoned cardboard box? Could I make millions off of murdering strangers with you? And if so, would I? (The answer is obviously, "Hell yes.") Anyway, the trailer for The Box is here! Watch it here. And I took too many screengrabs again. What can I say - every time Jimmy was on the screen I just wanted to grab him and this was the closest I could get to doing that without going to prison.

Okay a couple of thoughts. Firstly, scary Santa! Eek! Secondly, the film looks beautiful. Really really well shot; I get what Dick was talking about (I have decided I call Richard Kelly "Dick" now in case you hadn't noticed) in that interview last week about the way he shot the film. Thirdly, I tried to grab every hint of Frank Langella's deformed face they threw at us; they mostly are hiding it, keeping the full reveal I'm guessing for the movie. Or at least closer to its October 30th release date. And lastly, that intimidating lady in the great 70s outfit with her hand out is the great Deborah Rush, who played Jerri Blank's stepmother, amongst other fine and notable roles. Yay Strangers With Candy!
.
Who? Jason Adams When? 9:28 AM