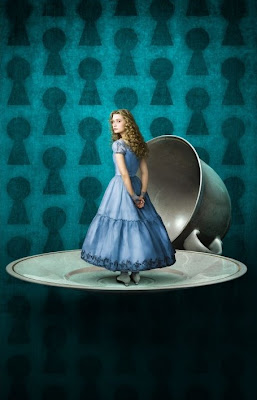 --- Alice Sweet Alice - Via Slash/Film comes yet another couple pieces of art for Tim Burton's Alice in Wonderland, including that picture of Alice there to the right as well as the film's logo.

--- Now That's What I Wanna Hear - Via BD comes word on The Final Destination's rating from the MPAA:

"... the MPAA rated New Line Cinema's The Final Designation "R" for "strong violent/gruesome accidents, language and a scene of sexuality.""

I adore the redundancy of "strong/violent gruesome accidents." I think that is poetry. Also, I'm trying to remember, but has there been any sex in this series before? I can't think of a single instance, which I'd never really thought of before, but it is surprising how chaste these movies are. 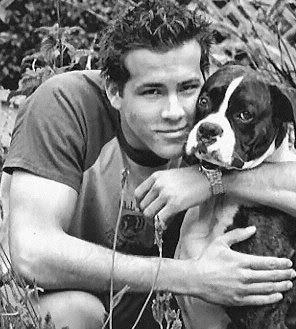 --- Ryan Underground - Meaty man-hunk Ryan Reynolds has signed on for a thriller of sorts - it's called Buried and is described thusly:

"[He] will play a civilian contractor who's kidnapped in Iraq and awakens buried in a coffin in the desert, armed only with a cell phone, a candle and a knife."

--- Bad Jesus - We've got a release date for Lars von Trier's Antichrist; just in time for Halloween! It's coming out in theaters in LA and NYC on October 23rd, and two days earlier On Demand. 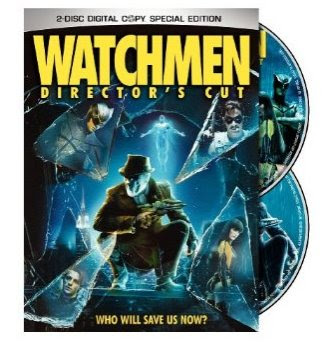 --- And finally there's a bunch of Zach Snyder news this morning. Via Collider comes word that the director's cut of Watchmen, wonderful underrated Watchmen, will be playing on four count 'em four movie screens next month. They say the week before ComiCon which would be the weekend of July 17th. Thankfully one of those four screens is supposed to be here in NYC, so I will most assuredly be staking that shit out. The DVD comes out the following Tuesday. 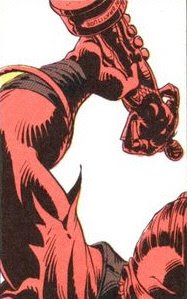 Meanwhile over at AICN there's a review of some of the extra footage that's been re-attached - specifically the scene of Hollis Mason's murder, which was much missed from the version that played in theaters this Spring. 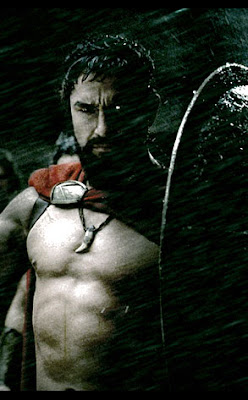 And lastly, Coming Soon has some bits from Snyder on the sequel to 300. Alan Moore Frank Miller is apparently hard at work on writing the thing now, and it is going to be a little broader in scope. he says. But they'll use the exact same technology for the film version that they did for the first one. As long as there are still plenty of hot guys in leather diapers, I am so there.
.
Who? Jason Adams When? 11:15 AM

Are you sure it's not Frank Miller that's writing the sequel to "300"? Alan Moore really hates Hollywood and Frank Miller created the comic.

You are of course right, Taffy, and I am of course horrifically WRONG. Ugh. That's what happens when I'm trying to do five posts at once. Thanks for pointing out my error. I hang my head in shame. BAD GEEK!

No worries! You are an AWESOME GEEK!