"We Can't Wait, The 2009 Edition" : A Not-So-Formal Introduction, As Well As A Farewell To Some Things Not To Be 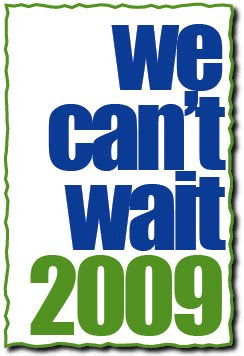 Starting tomorrow at The Film Experience is Nat's annual "We Can't Wait" countdown, in which he grabs four other bloggers by the arm and shakes, harasses, and cajoles them until they spit out the things they're looking forward to, movie-wise, over the next year, lest he give them shaken-baby-syndrome. Nobody likes a shaken baby!
And this year I got the call, alongside Fox from Tractor Facts, Whitney from Dear Jesus, and Joe from Low Resolution. The five of us will be yammering our thoughts on our collective top 20 expected movies of 2009 for the next week and a half, so y'all should check it. Over at The Film Experience. Do it.

But first! There were some bastard children from my personal Top 20 list that didn't make it to the communal countdown, and this is where I clean them up, shove them into the oven, and bake cookies out of them because they're done. Done! 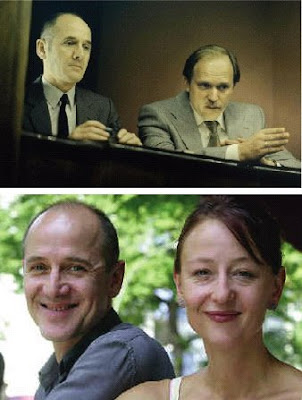 Why I Can't Wait: It's Michael Haneke's new movie, and in case you hadn't noticed I have a thing for Haneke. In my household he's known as The World's Greatest Living Filmmaker. This film was meant to be something of a reunion between Haneke and his Funny Games (original flavor) and The Castle stars Ulrich Mühe and Susanne Lothar (who were married in real life) but then Mühe passed away. Mühe's Lives of Others co-star Tukur appears to have taken on the lead... although it's hard to tell, word is scant on specifics for the film. Via here comes the most in-depth telling of what the film's about:

"This project marks a real return to the director’s roots, as it is the first German-language feature by Haneke since the original Funny Games (1997). “The subject matter requires it”, the director explained in “Le Film Français”.

The film – which once again explores the cruelty at the heart of the director’s work, here in the form of ritual punishment – is set in a school in the German countryside in 1913, before the rise of Nazism.

Haneke looks at the educational system that prepared the ground for an entire generation’s descent into fascist ideology, a subject and era that have not yet been tackled in film, as the director is keen to point out. "

Suzanne Lothar was last seen by me playing David Kross's mother in The Reader, and besides being in the previously mentioned Haneke flicks with her husband she was also in The Piano Teacher (her snotty daughter got a pocket full of glass). I never get the chance to talk her up, so let me take it now: I worship Susanne Lothar. I almost burst into spontaneous applause when she showed up in The Reader. Why I Can't Wait: Frankly, I find myself a little dumbfounded that Pixar's next movie didn't make our Top 20. How did this happen? Have they not earned a spot on previous reputation alone by now? Are we all taking them for granted? Well not me! I even liked Cars, for goodness sake; I am firmly entrenched in the Pixar cult, sipping my cult kool-aid from a "Dory the fish" shaped sippy-cup.

Plot-wise... there's a man and his house is flying because of a bunch of balloons. All I know about the movie is from the poster, and I kinda wanna keep it that way for now.

Co-director Docter was co-responsible for Monster's Inc. and co-wrote the story Wall*E was based off of; this is co-director Peterson's first chance at directing, but he co-wrote Up's story as well as Finding Nemo. Pixar really does keep it in the family, eh? 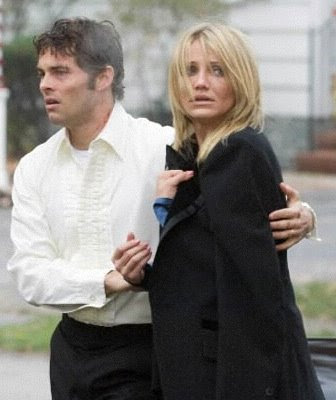 Why I Can't Wait: Sure Southland Tales was sloppy, but it was a fascinating sloppy, and it really does get better with subsequent viewings. But Southland aside, Richard Kelly made Donnie Darko, and The Box seems like it could be a step back to the slightly more intimate, less sprawling, lovingly weirdo dimensions that worked so well with his first film.

Plus it's based off of a terrific Richard Matheson story, and it's got an intriguing central question - would you kill a total stranger with the push of a button if it would make you instantly wealthy? It's like Indecent Proposal but with James Marsden's finger replacing Demi Moore's boobs. And that is a substitution I for one welcome with open arms, my friends.

Alright, that's that. Out with the redheaded step-brats,
in with the favorite children. Tomorrow, The Film Experience.
Be there.

Your inclusion of Das Weiße Band reminds me of something, you should definitely check out "Novemberkind" (November Child), if you get the chance. Ulrich Mühe's daughter Anna Maria (her mother was the late Jenny Gröllmann, but I think she grew up mostly with Mühe and Lothar) plays the lead and she's terrific!
There's a trailer here:
http://youtube.com/watch?v=oNnX3-Gv5Pc

The Box didn't make it?! That's my number one. Waiting has just heightened my expectations.

(I do hope you remember who I am otherwise my sudden proliferation of comments might seem slightly bonkers.)

The Box should have been on my list. That's on me.