The Golden Trousers Best Films of '08

Well here it is. The big kahuna. My favorite movies of 2008. I could ramble on about what the year meant and so forth but to be honest I've written so much this week I'm beginning to resemble the Crazy Cat Lady from The Simpsons only instead of cats it's movie ticket stubs stuck all over me clawing at my eyes. So let's just let the movies speak for the year at this point, save my eyes and vital organs and what not. But first off, because I haven't clogged our brains with enough info already, here my #25-11, aka the fifteen runners-up to my Top 10:

All fine films up there above, all worth checking out.
But let's get to the main course, shall we?

The Golden Trousers 10 Best Films of '08 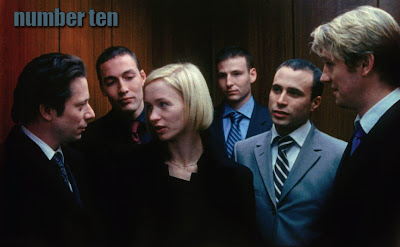 10 - Heartbeat Detector - What to make of the troubling correlation made by this film between office culture and the dumbing down of language to fascism and the Holocaust? I'll be damned if I can decide if it's ballsy or offensive or just stupid or totally spot-on... hell, it's probably all of the above at once. It felt that way as the film went along, like I was being pulled in a dozen different directions at once... meanwhile the thing's sloughing along at a glacial pace. But I couldn't take my eyes off of it and it affected me deeply at the same time. And I think it's one I'll revisit and reconsider for a very long time. 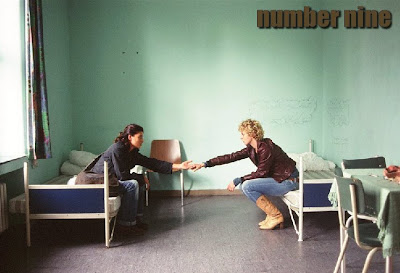 09 - The Edge of Heaven - Take everything that Crash or Babel were trying to do, erase all the bullshit they ended up doing, multiply that worth by a dozen, and you've got this effortless film. You've got characters that span most of Europe and a story that slings between them from place to place but not one instant feels forced, not one relationship or event false. Everything feels natural and sprung from reality. And you watch everything fall apart only to be put back together through the common human decency of its characters. Decency! It does exist! This is a wonderful film. 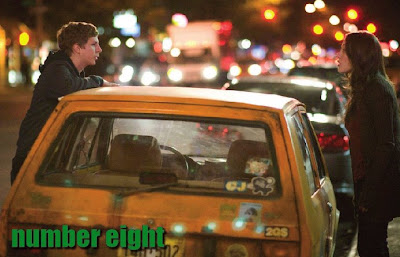 08 - Nick & Norah's Infinite Playlist - It's a terrible cliche, I know, to say the sentence "I haven't had a better time in a movie theater all year!" but it rings true with this one. About a half an hour into the film a smile latched itself onto my face and didn't leave for hours after it was finished. Believe me when I tell you that I tend to be hermit-like in my real life, but this movie made me want to go out and roam around the streets and dance in a crappy bar to a crappy band and have adventures all night long. I mean... I thought about that as I took the subway home and didn't do it. But I thought it! Terrible but true cliche #2 - It makes you want to fall in love again! 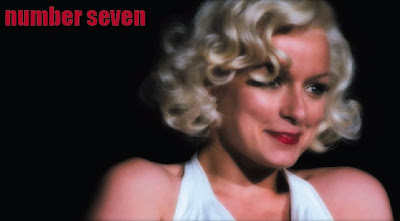 07 - Mister Lonely - Oh sad sad sad. This movie wrapped me in a warm strange blanket of sad. There was something very dated about the film already - it felt like a movie that should've come out in 1996 or so, something amongst the arty movies I was falling in love with in college, the Todd Haynes and Todd Solondz films. It was just perfectly tailored to my tastes - bizarre people behaving badly - bad people behaving bizarrely - plus Werner Herzog as a priest! 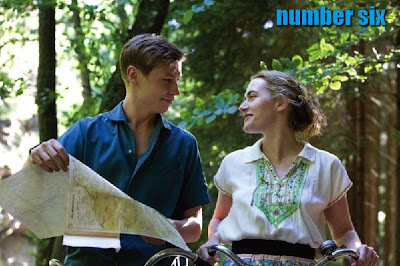 06 - The Reader - Anchored by my favorite female performance of the year - you go gold with your bad self, Miss Winslet! I didn't have high expectations for Daldry's latest going in, for some reason I kept forgetting it was even coming out, but then I'm sitting there and realizing that I've found myself completely sucked in. Easily Daldry's best film (has anyone been able to sit through all of The Hours in years? Not fast-forwarding through Ed Harris' ham acting is like water torture) and one of my very favorite of all of Kate's performances, this is a film without a lot of answers but plenty of worthwhile yet difficult questions for mulling. 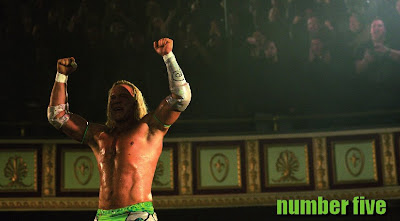 05 - The Wrestler - Who knew Darren Aronofsky had a movie like this in him? Lord knows I've worshipped his previous films, but this one is just so different, on the surface at least. All the trickery is sublimated for a focus on the performances - the trickery is still there of course, it's just much less in our face - and blessed be what a set of performances. Mickey Rourke gives the best male performance of the year, and his career, and he's backed up ably by Marisa Tomei and Evan Rachel Wood. Speaking of the latter, it was her place in the story that made me realize how close this story was to pieces of my own life, and once again it was like Aronofsky had torn open a long-healed wound and rubbed salt into it. So thanks for that, Darren! Remind me to flick you off in public.

04 - Wall*E - I said last year when I was talking about my love for the film Once that there always tends to be (at least) one romance that knocks me out each year... who'd have thought this year's would come in the form of a cartoon about a speechless robot and his quest to save us from our own fat asses? This film is filled with magic and wonderment. Flat out, kill the sarcasm, it made me feel like a five year old learning what sunshine filtered through a spray of autumn leaves looks like. 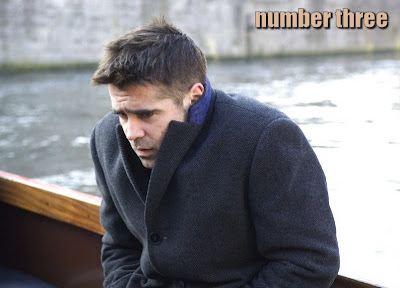 03 - In Bruges - If The House Bunny hadn't been playing on a flight I took recently, this flick would've won the much coveted "Watched The Most Times This Year" award. I imagine it will end up winning in the end though, because there's not a single damned piece of this puzzle that's lacking. Farrell, Gleeson and Fiennes are the tragi-comediest bunch of lovable thugs in ages., and I won't quote a movie (except again possibly The House Bunny) more this year. They're filmin' midgets! Yes, yes they are. 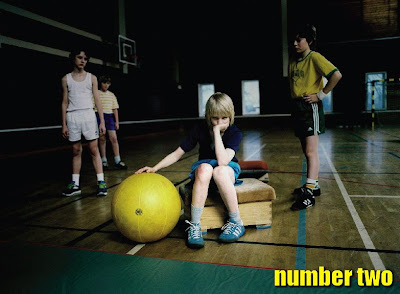 02 - Let the Right One In - This deceptively simple film sneaks up on you, much like little Eli might if you found yourself walking through the woods at night in a barren patch of Stockholm. But once it sinks it's teeth into you... yeah yeah, I'll lose the silly metaphor. It's a keeper, man. This flick is hot shit and we're all just cold diarrhea. I'd cuddle up with it on on a cold night and let it rub its butchered nethers on me, too. 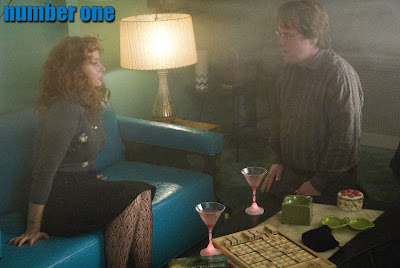 01 - Synecdoche, New York - Synecdoche is not a perfect movie. It's flawed and I can fully understand those that don't like it and call it self-indulgent and with its head fully crammed up its own behind. But it's Kaufman's behind that it's up, fully and totally his; it's the sort of idiosyncratic and personal film writ to this bizarre and bloated scale, and there's no film that affected me as deeply or lingered on my brain longer this year, and no film that I enjoyed and appreciated pondering for as long. I love thinking about this film. It made me laugh hysterically and it made the walls of my chest-cavity ache with loss. I want to watch this movie a thousand times and have a different thought or opinion each and every time about it. I want to talk about it forever, even if forever is only a single blotted instant staring at my poo in the toilet.
.
Who? Jason Adams When? 3:19 PM

While "S, NY" didn't quite work for me, I can definatley see/appricaite what others find so special about it. Plus, this is Kaufman were takin about and everything he’s involved in tends to stick in someway or another. I plan on revisiting it on DVD for sure.

Wish DARK KNIGHT had cracked the Top 10 but good to see THE WRESTLER and THE READER (mmm… Kate the Great) made the cut.

Still need to see "Let the Right One In".

You won't find Eli from "Let the Right One In" in the woods of Norway. You'll find her in a suburb of Stockholm, Sweden. Good catch, though and you're not alone:

I meant to double-check that before posting and forgot; thanks for the correct info, anon, I'll change it.

I'm glad to see a top ten list that looks different from other ones.

Nice list. Wish I had seen more of them, although my favourite of 2008 so far is Frozen River. I guess I should be happy is down the other end of the chart and not missing entirely.