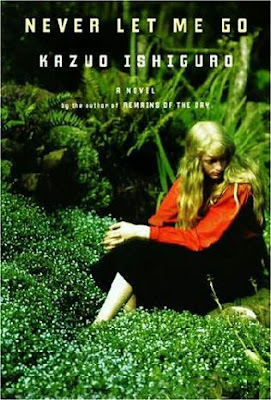 While it's been a couple of years since I read Kazuo Ishiguro’s novel Never Let Me Go, it's one that's stuck with me and still drifts into my mind every so often. It's a haunting, beautiful book, and this news (via) has got me curious indeed:

Alex Garland ("The Beach," "28 Days Later") penned the adaptation of the book by the "Remains of the Day" and "When We Were Orphans" author which was named one of TIME’s 100 Best Novels since 1923.

The story follows 31-year-old Kathy whom years ago was raised at Hailsham, a private school in the English countryside where the children were sheltered from the outside world and were told their well-being was crucial for the dystopian society they would eventually enter (they were often subjected to medical checkups).

When two former Hailsham students, her female best friend and the boy she had a crush on, come back into her life - the trio uncover the truth about both their childhood and their lives now."

Anybody else love the book? Last night I just finished the book I was reading and was trying to figure out something to read now; perhaps I'll pick this up and read it again, refresh my memory.

Anyway, I'm also a huge Mark Romanek fan - his music-video-ography contains my favorites of the art-form, period - so I'm always looking for news on what he's up to. This could be grand.
.
Who? Jason Adams When? 11:54 AM

Hmmm...interesting. I also loved that book. But I didn't love it until I was about 2/3 of the way through it. I thought it was kind of boring, but there was an undertone of...something going on that kept me reading. I felt like there was something I was missing, like I didn't have a vital piece of information. And I didn't.

Then, BAM. I don't want to call it a "twist" but, yeah. I'm interested to see how this could be made into a film. Hmmm...what actors would be awesome in this movie?

I really dug OHP but I haven't watched it since that first viewing. Robin Williams is usually unbearable but I liked what he did there. And the color scheme, one of Romanek's specialties, were transfixing.