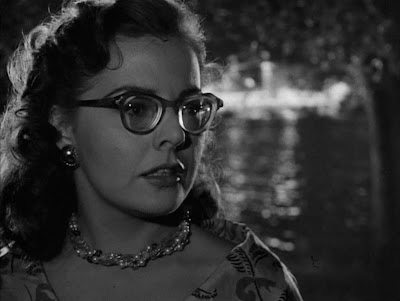 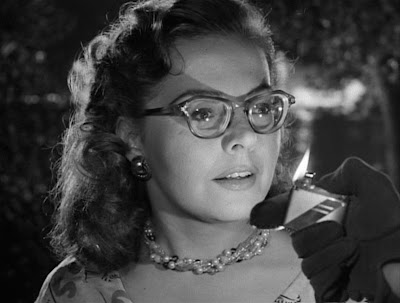 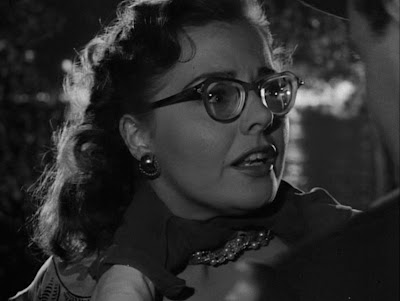 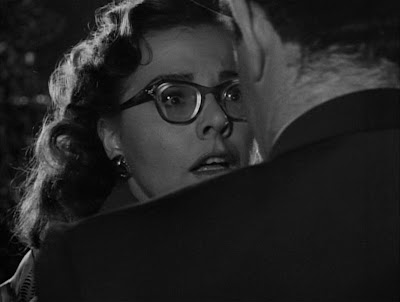 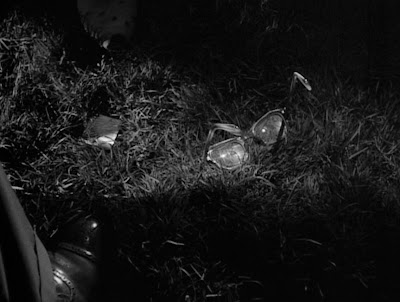 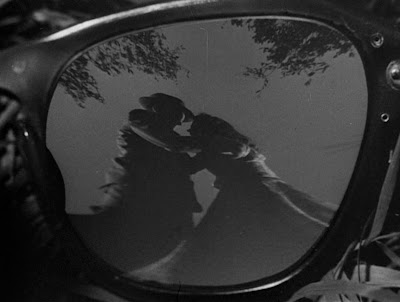 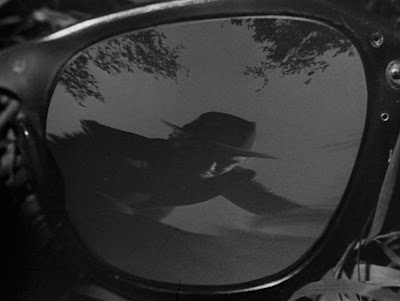 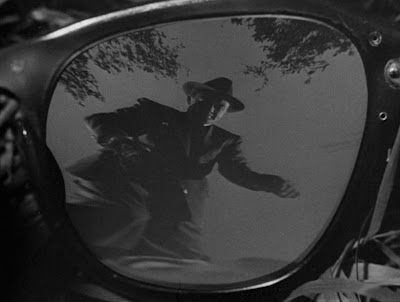 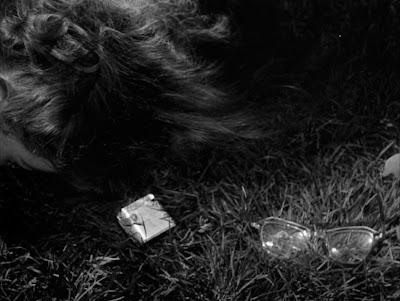 Bruno Anthony: "It's so simple, too. A couple of fellows meet accidentally, like you and me. No connection between them at all. Never saw each other before. Each of them has somebody he'd like to get rid of, but he can't murder the person he wants to get rid of. He'll get caught. So they swap murders.

Each fellow does the other fellow's murder. Then there is nothing to connect them. The one who had the motive isn't there. Each fellow murders a total stranger. Like you do my murder and I do yours.

For example, your wife, my father. Criss-cross."

Unfortunately for poor smitten Bruno, he makes his sweet deal with somebody who won't hold up his end of the bargain. Poor Bruno. I mean, how could he resist falling for the charms of Farley Granger in tennis shorts? 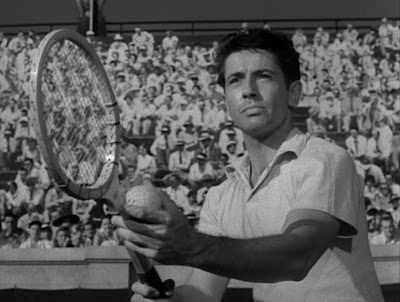 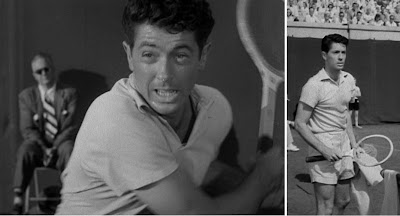 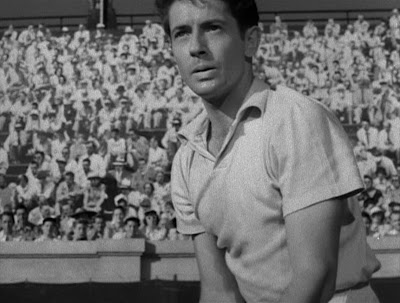 Tease. I'd have been deranged putty in Farley's hands, too. What's that you say? Farley's character Guy didn't want his ex-wife-to-be murdered? P'shaw, I says. He went playing footsie with a stranger just looking for it, I says. Begging for it. 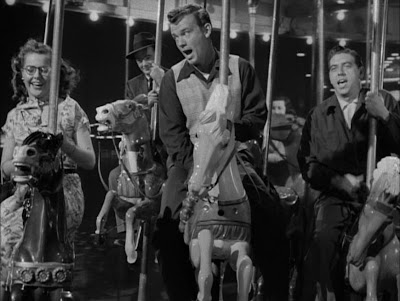 One more note: We have the triumphant return of Alfred Hitchcock's daughter Pat in Strangers! You might remember my obsession with her role as Chubby Bannister in Stage Fright? Well here Hitch is mean-spirited once more towards his only child - her character might be blandly named Barbara Morton here, but the mere sight of her drives our dear Bruno to old-lady-choking madness!

What is Hitch getting at anyway? It's downright perverse, it is. And it wouldn't be called Hitchcockian if it wasn't.

--------------------------------------
Previous Ways Not To Die: Turned Into A Person-Cocoon By The Touch Of A Little Girl's Mirror Doppleganger -- Satisfying Society's "Pop Princess" Blood-Lust -- Done In By The Doggie Door -- Tuned Out -- Taking the 107th Step -- Rescuing Gretchen -- Incinerated By Lousy Dialogue -- Starred & Striped Forever -- Vivisection Via Vaginally-Minded Barbed-Wire -- Chompers (Down There) -- Run Down By M. Night Shyamalan -- Everything Up To And Including The Kitchen Toaster -- Sacrificed To Kali -- Via The Gargantuan Venom Of The Black Mamba Snake -- Turned Into An Evil Robot -- The Out-Of-Nowhere Careening Vehicle Splat -- "Oh My God... It's Dip!!!" -- Critter Balled -- Stuff'd -- A Hot-Air Balloon Ride... Straight To Hell!!! -- Puppy Betrayal -- High-Heeled By A Girlfriend Impersonator -- Flip-Top Beheaded -- Because I'm Too Goddamned Beautiful To Live -- By Choosing... Poorly... -- Fried Alive Due To Baby Ingenuity -- A Good Old-Fashioned Tentacle Smothering -- Eepa! Eepa! -- Gremlins Ate My Stairlift -- An Icicle Thru The Eye -- Face Carved Off By Ghost Doctor After Lesbian Tryst With Zombie Women -- Electrocuted By Fallen Power-Lines -- A Mouthful Of Flare -- Taken By The TV Lady -- Bitten By A Zombie -- Eaten By Your Mattress -- Stuffed To Splitting -- Face Stuck In Liquid Nitrogen -- Crushed By Crumbling Church Debris -- Bitten By The Jaws Of Life -- A Machete To The Crotch -- Showering With A Chain-Saw -- In A Room Filled With Razor Wire -- Pod People'd With Your Dog -- Force-Fed Art -- Skinned By A Witch -- Beaten With An Oar -- Curbed -- Cape Malfunction -- In The Corner -- Cooked In A Tanning Bed -- Diced -- Punched Through The Head -- Bugs Sucking On Your Head
.
Who? Jason Adams When? 10:54 AM
Labels: alfred hitchcock, Farley Granger, Thursday Kills