Thursdays Ways Not To Die

This is a trick that's been used in more films than I could count, but one that never fails to get a good jump out of the audience. Here are three recent-ish examples of it. Starting with my all-time fave... 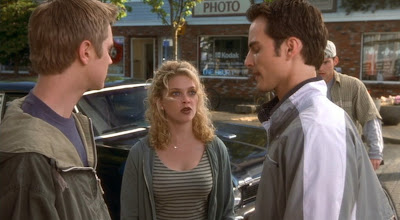 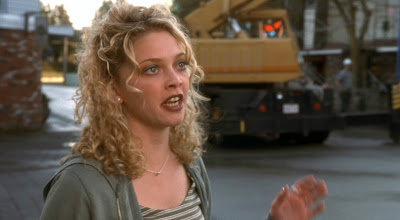 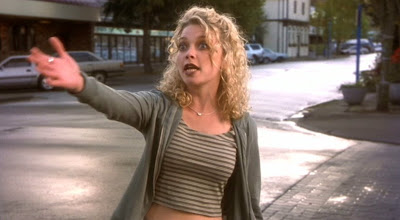 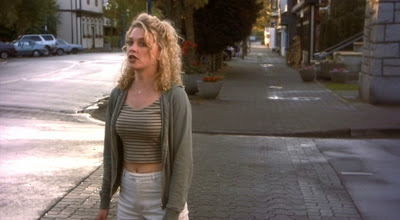 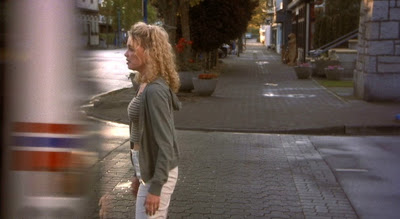 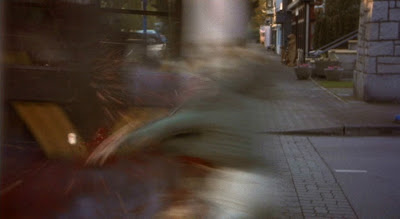 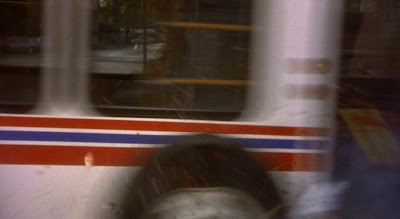 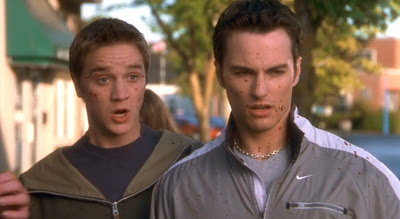 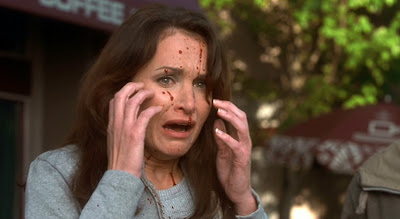 Final Destination (2000)
Hee; gotta love those blood-spattered reaction shots. The thing that I most love about this film's specific use of this surprise-kill is the film itself documents the fact that this bus came out of absolutely nowhere. If you'll notice poor Terry (Amanda Detmer)'s movement is from left to right in this progression, and in that second shot it's obvious that the street she's moving into is totally blocked off by enormous construction equipment. 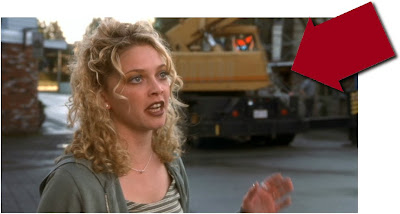 This careening bus, then, appeared out of a fucking dimensional portal going at a hundred miles per hour, because I can't see where the hell else it came from. But that's part of the pleasure of this series of films - it's the Destination, not the journey, that really matters. Get it? "Destination"? Hoo-ah!

If you haven't seen the film, all I'm spoiling for you is the film's cheapest scare. Of course, I love these cheap scares - hence this post - and this was the one part of The Orphanage that really got me (see here for my original "review but beware, it's tangent-riddled). But I did leave the horrific moment of gore that comes right after this moment un-spoiled, so you may revel in that once/if you do see the film. Ain't I generous? 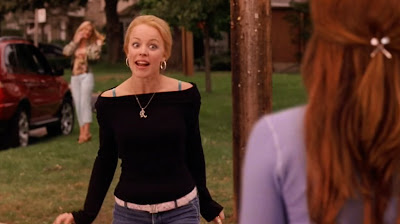 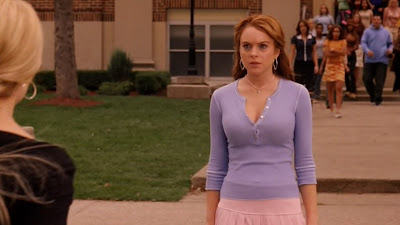 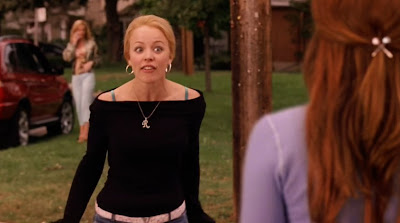 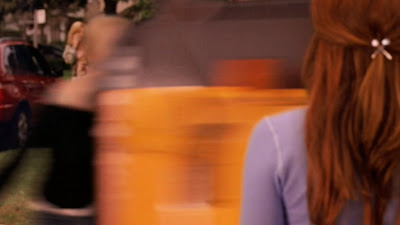 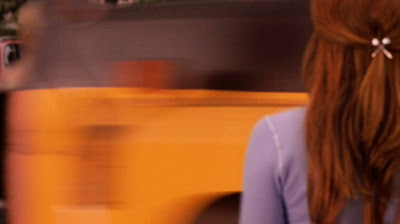 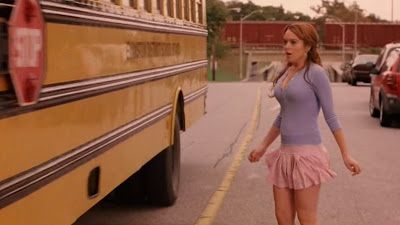 Okay, this one's technically a cheat,
since Regina George doesn't die.
But how could I leave it off?
I could not.

If y'all wanna name any other films in which this trick is parlayed into fun times, leave it in the comments. I know there are plenty of instances not included here. Plenty is code for LOTS N LOTS N MANY.
-------------
Previous Ways Not To Die: "Oh My God... It's Dip!!!" -- Critter Balled -- Stuff'd -- A Hot-Air Balloon Ride... Straight To Hell!!! -- Puppy Betrayal -- High-Heeled By A Girlfriend Impersonator -- Flip-Top Beheaded -- Because I'm Too Goddamned Beautiful To Live -- By Choosing... Poorly... -- Fried Alive Due To Baby Ingenuity -- A Good Old-Fashioned Tentacle Smothering -- Eepa! Eepa! -- Gremlins Ate My Stairlift -- An Icicle Thru The Eye -- Face Carved Off By Ghost Doctor After Lesbian Tryst With Zombie Women -- Electrocuted By Fallen Power-Lines -- A Mouthful Of Flare -- Taken By The TV Lady -- Bitten By A Zombie -- Eaten By Your Mattress -- Stuffed To Splitting -- Face Stuck In Liquid Nitrogen -- Crushed By Crumbling Church Debris -- Bitten By The Jaws Of Life -- A Machete To The Crotch -- Showering With A Chain-Saw -- In A Room Filled With Razor Wire -- Pod People'd With Your Dog -- Force-Fed Art -- Skinned By A Witch -- Beaten With An Oar -- Curbed -- Cape Malfunction -- In The Corner -- Cooked In A Tanning Bed -- Diced -- Punched Through The Head -- Bugs Sucking On Your Head
.
Who? Jason Adams When? 9:13 AM

Dude, I know! The one in Bride of Chucky is kick-ass!

Juliet's first flashback in LOST, when her ex-husband gets hit by a bus.

The best part about the Mean Girls clip is Amy Poehler in the background!

i remember almost pooping my pants when it happened in Meet Joe Black. yet some people laughed because of how crazy the flying body looked.

The Crying Game is when it was most effective for me.

The Devil's Rejects...except that was a semi, and not a bus.

Am I the only one who notices the beautiful breasts in the first and last example? More than the women themselves, I'll miss those breasts.