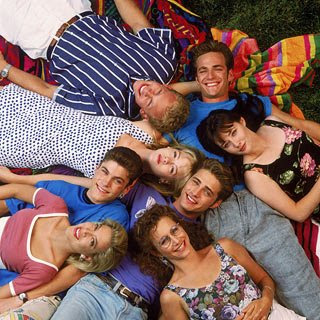 --- Shows to go ya, I don't think of what Veronica Mars creator Rob Thomas is up to for a bit, and suddenly news breaks that he's about to create a Beverly Hills 90210 spin-off series. Wha? Exactly. Via Coming Soon:

"Veronica Mars" creator Rob Thomas is in talks to write the project, which has been put on the fast track by the network.

Details about the spin-off -- including which if any of the characters on the original series will make the transition to the new show -- remain sketchy. The CW is expected to make a decision whether to order a pilot by the end of the month."

--- Hulk Smash - The trailer for The Incredibly Unnecessary Hulk Reboot is online (via Cinematical) and... it's good, to be fair. I am one of maybe ten souls in this world that liked Ang Lee's Hulk, so I'm kinda biased. But this trailer doesn't suck, to quote Nomi Malone. (Sidenote: I linked to Cinematical's post on the trailer because MTV's site, where the trailer is, does indeed suck, and I'm not linking to them until they fix their goddamned site.)

--- Do you live in Los Angeles? Do you like horror? Would you give up a vital organ to attend Fangoria's Weekend Of Horrors where, amongst many other things, there will be a cast and crew reunion of the original Night of the Living Dead? Unfortunately I can only answer yes to the second and third questions; otherwise I'd be all over Final Girl's offer of a pair of tickets to the event. 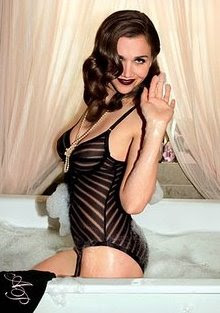 --- Righting the Gyllen-Balance - Piper at Lazy Eye Theater remembers that there's another Gyllenhaal out there worthy of our lusty-eyed adoration, and posts some alluring Maggie images as a counter-weight to my Jake-obsessions. I say bring it on; she's worthy.

--- A Harry Divided - The final Harry Potter book, The Deathly Hallows, will indeed be split into two separate films and directed by David Yates again (via AICN). I'm hoping they can fill in some storylines that've been AWOL so far - perhaps a couple of hints towards Hermione's house-elf liberation efforts? I don't think we need to worry that that middle-section of the book, in which Harry and pals mope in the wilderness for what seemed like a couple of hundred pages, is going to be fully-fleshed out though; there's so much going on otherwise in the book, action-wise, that I think we won't need to worry about a lack of things to see. What I really hope this means is the final siege of Hogwarts gets to be as truly epic as it deserves to be.

--- Feeling Tippi - BD attended a group-interview with Naomi Watts and gets some word from the actress on Funny Games as well as where the remake of The Birds stands...

"It’s a work in progress at this point, I think it’s a wonderful film... There are great things in it that interested me... the script isn’t completely there yet, it probably won’t happen until next year.... I have seen the first draft and it's good, and with the second draft I am sure they will come to me as the script develops." 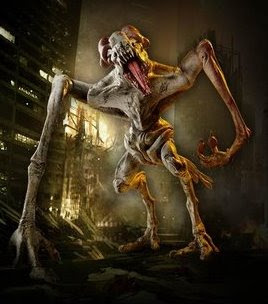 --- "Creepy people-sucking underbelly" - Also via BD comes a link to this blog where they had a chat with Neville Page, the main creature designer for Cloverfield. Apparently there was part of Clover (that's the monster's name, btw) we didn't see in the film - he has snake-like feeding tubes that extend out of his belly and suck up people! They got cut from the film. But there's always that sequel...
.
Who? Jason Adams When? 10:14 AM

I've just read this so please disregard the e-mail I just sent.