This post is for The Montgomery Clift Blogathon
at The Film Experience.

Montgomery Clift was in 18 films within the span of his far too brief career (and life). I have seen four of them, and all of them within the past 12 months. Those films would be The Misfits, I, Confess, A Place In The Sun, and Red River. The first time I took notice of him was recent as well; I have no idea how I'd made in so far into life without that face having grabbed my attentions, it's one of those mysteries like who's buried in the tomb of the unknown soldier or why mosquitoes are always drawn to me goddammit (that should be accompanied by the sound of me swatting at the air and screeching, by the way).

Ahem. So I've been racking my brains all day, trying to decide what it is I could write on Monty. Red River is the most recent film of his that I've watched, just over this past weekend, and there's certainly plenty that could be said about that - hell, a run-down of the ridiculously over-the-top homo-erotic dialogue ("He'll do.") and situations (gun-play is a boy's best friend) would make for a fun read. And I totally fell in love with The Misfits when I watched it a few months back, but to be honest that was due more to a sudden realization of Marilyn Monroe than what Monty was doing.

Hell, if I'm gonna be honest, I'm in love with Monty's face - that face! sigh - and with Monty's terribly tragic life story - a man that beautiful and ruined always spells romance, doesn't it? - but, deep breath, I haven't yet fallen in love with any of his characters. Nat did a fantastic job writing up A Place In The Sun today, and he did make me want to revisit the film, but my first viewing was anything but revelatory; Monty's distracting beauty aside - I literally missed half of Red River just gaping at how gorgeous he was, losing the entire plot along the way - the character he played in A Place In the Sun came off, to my eyes, as finicky and cold and unlikeable. Oh he looked great, but I never warmed to him and I've yet to really do so, besides swooning over him looks-wise.

And it pisses me off! I really want to love him. Anybody that has recommendations, a how-to guide that will lead this lamb to the Monty-slaughter, that'll make this reluctant skeptic a true believer, please give me a good beating in the comments and tell me what to do. And as a peace offering, here's some pics of Mr. Clift bringing the pretty, as well as two versions of REM's song "Monty Got A Raw Deal" - the first is the original version by Stipe&Co, and the second is brand new, a cover via Stereogum, by the band Catfish Haven. Law low, Monty; you don't want my sympathy, I know.

"Monty Got A Raw Deal" by REM

"Monty Got A Raw Deal" by Catfish Haven 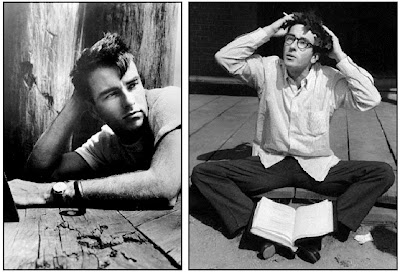 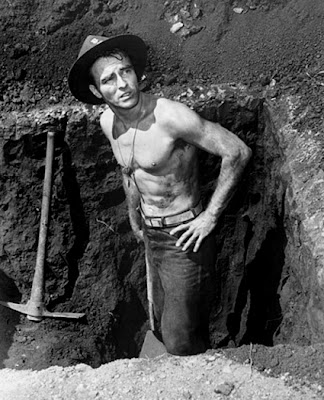 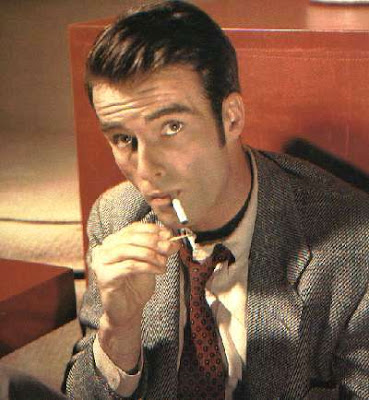 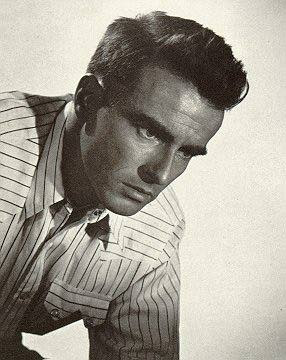 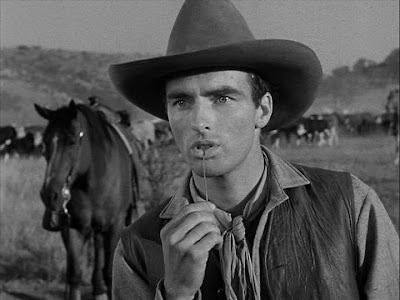 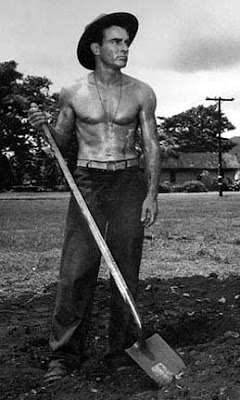 oh...see Judgement at Nuremberg! It was after his accident so...his looks were permanently affected at that point, but he's fantastic.

From Here to Eternity is his best performance I think. Achingly vulnerable. That's the performance that best captures Monty Clift.

I've just added those two to my queue. I really want to fall in love with him, for something more than the pretty, so hopefully one of them'll do the trick.

Marius said...
This comment has been removed by the author.
12:09 PM

LOL. OMG, I'm losing it. For some reason, I thought I was posting on Nat's blog. Please disregard the previous comment. Anyway, great post!

you know this blog-a-thon has made me crazy for the films of his i haven't yet seen (the harder to find ones) but by all means FROM HERE TO ETERNITY (which to me is maybe his best performance... though it has a lot of competition)

also nick's lovely write up of the Search should lead you straight to that one. but there the beauty might distract too since it's his second film (first released)

omg...I just discovered Monty in May after seeing that gorgeous cowboy with John wayne and ran to my computer to see who he was! I have been hooked ever since. My kids laugh at me because I am obsessed. Def he is at his best in from here to eternity. I also like him in Raintree County because he looked so fragile but still gorgeous that my heart broke.