So when I woke up this morning I was a wee bit hungover, and I scanned through my DVDs, remembering it was Thursday and I needed to come up with a Thursdays Ways Not To Die post. In my half-awake, headache-y state, I decided that I should do a post on the most

horrifying death I've ever seen in a movie, that death being the scene in American History X where Edward Norton "curbs" a man. I brought the DVD here to work, I started making the post, and then, well basically I've been staring at the post all morning and finally I've chickened out.
I just kept feeling really uncomfortable with divorcing this specific violence from its context. I told myself that it's bullshit, that this is just a movie, and that no one was actually killed in this scene and that Edward Norton is not really a skinhead and that, yes, in the past with these posts I've taken a more light-hearted approach to the violence, but if I choose to here and there I could show ugly violence as well and that this was the ugliest, most horrifying murder I think I've ever seen dramatized, and that deserves recognition too. But I just really didn't like the image staring at me from the page. I do really like the logo I made to attach to the images from the film, though: 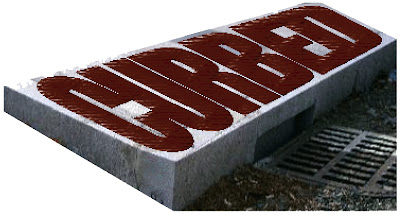 But that ended up being part of the problem. Because, even though I knew I wasn't trying to glamorize it or make light or fun of what it represented in any way, posting that logo and just two graphic frames of film just robbed it of too much of its meaning.

So I'm not posting the images. But I am just gonna go ahead and say that this death was the most traumatic one, for me, that I've ever seen on film. And I'm asking y'all what scene of violence was too much for you? I've seen a lot of on-screen violence in my thirty years, and I have a higher tolerance than most folks, I do realize, but this scene and the rape scene in Mysterious Skin are probably the toughest I've ever sat through.
.
Who? Jason Adams When? 12:39 PM

Holy shit, man. This is the second time I've said this to you, but I thought I was the only one. I absolutely love American History X, but I almost threw up at that scene the first time, and ever since then, I have to mute the television and look away until it's over.

Other scenes that really bothered me:

Mr. Blonde with the cop's ear in Reservoir Dogs (I know, I know, the actual act wasn't even on screen! And still I wanted to puke!)

The scene where they discover what Dr. Lecter has done to his guards in The Silence of the Lambs, particularly the one hanging like the figurehead of a ship's prow

I am so doing a post with some of those new-old Jake pics right this second, Cherita; thanks for pointing them out! Knees... weak......

Edward Norton was so hot in that movie, but this scene really disturbed me. I still cover my eyes whenever I re-watch.

However, the mutilation scene at the end of the Doom Generation truly bothers me!

Yeah, that was... tough, to say the least. I didn't even look at it straight to be honest. But wow, what a movie.

In gathering the pics that I ended up not posting here I watched the scene a few times in a row and I have to admit that I'd never actually seen the moment when Norton's boot comes down, and we do really see it happen. The shot is there, but I guess I too had flinched every single time and looked away.

I haven't seen American History X exactly for this reason. I've heard so much about this scene that I can't imagine ever confronting it myself.

The throat-slashing (and subsequent hand-dismemberment and death-shuffle sputtering gasp from the victim) in Alexandre Aja's Haute Tension is probably the rawest, most brutal/shocking death scene in recent memory. That entire siege on the house segment (about 12-15 minutes of screentime tops?) is one of the most pants-wettingly terrifying things I've seen in a movie, and despite being grueling, it's also an absolute white-knuckler of a thrill-ride.

Thanks for reminding me of Haute Tension; I do really agree with you that that whole section of the film is incredibly well done.

If only he'd changed the ending, then the film would've been a classic.

I haven't seen American History X (and I have no intention to) but I imagine your feeling during it is exactly the same as how I felt during the much earlier Russell Crowe skinhead film Romper Stomper.

To this day it's still the only film I've ever had to turn off because I couldn't handle the violence. I actually felt sick while watching that movie. I did eventually sit through the whole thing and I'm still not sure I am happy about doing so.

Meh!The thought of the curbstomp was far more disturbing than what they actually showed on camera,but for the record,it's a heinous way to go in my book regardless.I thought Norton getting his stool pushed in in the prison shower was the most brutal imagery in the whole film.Nothing says "you aren't one of us anymore" like forced backdoor action.Blech.