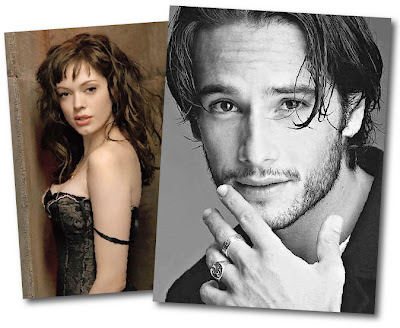 Damn! Just when I think I can't possibly be more excited about Black Oasis - the biopic of B-movie actress Susan Cabot (starred in Wasp Woman, murdered by her dwarf son with nunchucks) starring Rose McGowan and directed by Stephan Elliott (Priscilla, Queen of the Desert) - they go and find the way to make me part the clouds with the wood this thing is giving me. From Variety:

"Brazilian thesp Rodrigo Santoro, who played Persian ruler Xerses in "300," has been cast opposite Rose McGowan in Hit and Run's "Black Oasis."

Film, to be written and directed by Stephan Elliot ("Priscilla, Queen of the Desert"), chronicles the life of troubled starlet Susan Chabot, a favorite of the B-movie circuit who was bludgeoned to death by her son... Santoro will play Chabot's husband."

Okay, just so we have this straight: Rose McGowan is Wasp Woman! Killer dwarf with nunchucks! Rodrigo Santoro!

Quick! Somebody give me the emergency phone number from the back of a Viagra bottle - I'm going to have an erection for well over 4 hours now.
.
Who? Jason Adams When? 11:01 AM

Off topic (although it includes Rose!) but, hilariously, Death Proof is competing in Cannes for the Palme D'or. Like... that's hilarious, right?

This movie looks to insane to be bad....i must see

It's awesomeness, Glenn! Unadulturated awesomeness. Those Frenchies love them some QT, though. I'd vote for it.