My Favorite Year : Finis (With Poll!)

So.... the 6 extra-super-bonus movies from 1999 that give me semi-wood, unlike the ragers I have for the other 8 films listed previously. Now I know there are movies that I'm missing from this list - foreign films are, sans Lola, completely unrepresented to my immense shame - and if y'all wanna leave a comment on how silly and stupid I've been to have forgotten this or that (I've never seen The Insider, so I ain't forgotten that), go to town.

But, for now, here's 6 lesser gems from the Best Year Ever.

Oh, and make sure to to vote in the fun, inclusive poll
there to the right-side or at the bottom of this post! Yay! 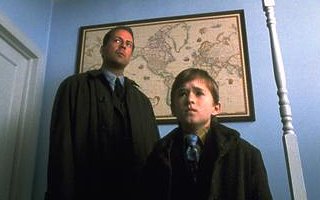 Oh, how I go back and forth with this The Sixth Sense. I really do believe that M. Night is an expert filmmaker - I find Signs to be unbearably tense, Unbreakable is just fantastically entertaining and moving, and there are parts of The Village that still freak me out - but I hated The Sixth Sense the fiirst time I saw it. Hated. It hit me as silly and showboat-y and overdone. And then, I saw it again about three years later, and... liked it quite a bit. Funny, my brain, like that. I knew The Secret going into the film before the first viewing, so I can't say it's a case of being pissed off by The Surprise that time that made me dislike the film. But, after a couple more viewing now I can say that it is a gorgeously shot, beautifully paced (pacing is my absolute favorite part of M.Night's work; the man knows how to frame and draw out a shot), and... still a little bit silly. 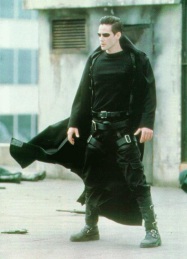 I tend to forget what a snappy lil' film the original Matrix was, after the forcible-lobotomy of the second and third films. It asked a bunch of entertaining questions that we didn't realize had no answer right then. Oh, and bullet time was pretty dang cool the first time you saw it. It's still a movie I'll find myself caught up in if I stumble upon it on the television. And Carrie Ann Moss hadn't worn out her welcome yet, either! 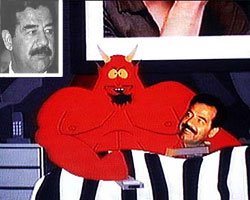 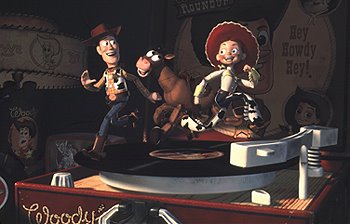 Has it really been almost 8 years since the 2nd Toy Story film? I guess Pixar has had their hands full in that time, but I do wish they'd get around to making part 3 now that the whole Disney situation has been handled. The rare sequel that's better than the original, Toy Story 2's one of the greatest animated films of all time. Magical. Woody & Co. will outlive us all. 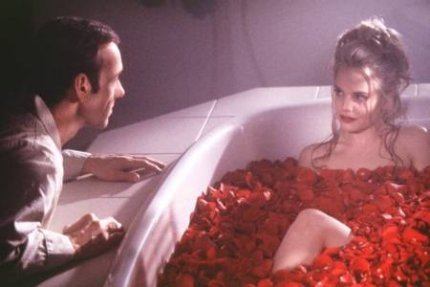 I really liked American Beauty when I first saw it. And then... I've not once felt the urge to see it again. Huh. Not really sure why. If I go back and see it again and like it as much as I did the first time I'll let y'all know, but something tells me - which is what's kept me from revisiting it - that it's going to ring hollow this time around. Still, everyone's pretty terrific in it (Annette! Chris Cooper! Where are you, Wes Bentley?), and it's damned pretty to look at. 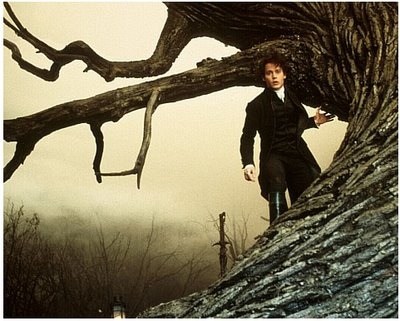 This is one that I'm kind of surprised has lasted, even risen its esteem. I enjoyed it seeing it the first time in the theater, but really didn't think it would hold on to me like it has; the boyfriend's a big fan and has forced me to go back and watch it a couple of times and, actually, it's a really solid film, one of Burton's finest. The wicked pairing of Christopher Walken and Miranda Richardson is gold, and Johnny Depp's Ichabod Crane prefigures his Capt. Jack in some ways, while being amusingly queer in others. And, this being a Burton film, it's fucking gorgeous to look at.

And now it's your turn! Vote in my poll! Tell me what's the Greatest Movie of 1999 since I was unable to make up my own mind. Do it.

Office Space would classify as my favourite. It's an almost painfully bland looking film, but with every actor committed to it's bullet train quick "story", which is mostly a dissection of office politics and issues of stress, and some well executed camera movements it's a movie that still hasn't found a large enough audience. Fight Club took 5 years or so. Let's hope Office Space eventually gets it's just desserts.