Nun Thing to Fear But Nuns Themselves 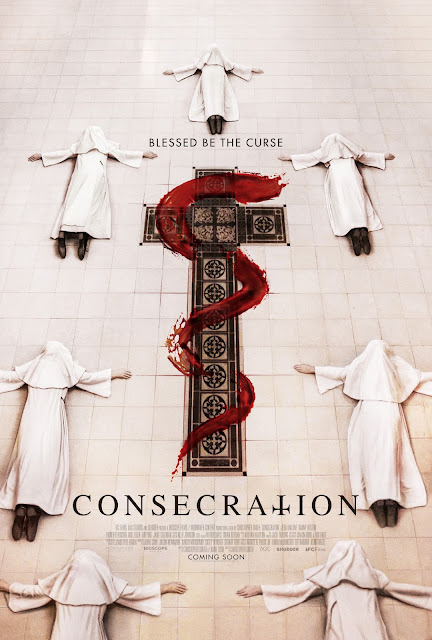 A horror movie about nuns starring Jena Malone! If that sentence doesn't get you I don't get you, and you can move it along -- the rest of us, let's get excited. The movie is called Consecration and it's from director Christopher Smith, whose previous horror flicks Severance in 2006 and Triangle in 2009 remain weirdly underrated. They're both great! And I also remember liking his movie Black Death in 2010, but my memory on that one is hazier -- perhaps a revisit of his plague movie here in 2023 is overdue. Anyway Consecration has our beloved weirdo Jena Malone playing a woman named Grace (of course) whose brother, a priest, dies suspiciously, so she heads to the remote nunnery where he bought it to investigate. And as the trailer gives away (and it probably gives away too much tbh) shit ain't right! Not that that's unexpected. It wouldn't really be a horror movie if she went to the nunnery and they just like made cheese together and held hands. But then I suppose that depends on your definition of horror and your aversion to holding hands with nuns. Watch:


Consecration is out on February 10th!
Who? Jason Adams When? 12:32 PM
Labels: horror, trailers

The images on this poster are identical to the opening of the Metropolitan Opera's production of Dialogues des Carmelites. The nuns are laying face down on a giant cross. Seeing it again at the end of this month before the Met closes for February.