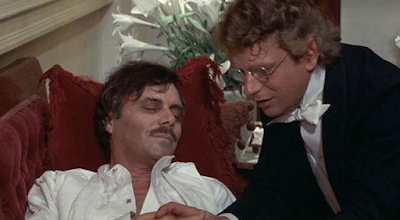 Alfred: Do you know what lies at the
bottom of the mainstream? Mediocrity.

Luchino Visconti's dreamy and desolate film adaptation of Thomas Mann's 1912 novel Death in Venice premiered in London fifty years ago yesterday, on March 1st 1971 -- coincidentally I was just wrestling with it at The Film Experience a few weeks ago, as the documentary about its young star's troubled relationship with the film and its making played at Sundance. I think it's a great film, I still do even with its complicated legacy -- I realized the last time I watched it that it would make for a perfect double-feature with All That Jazz, with their comparative apparitions of the artist's ideal of unspoiled beauty come to carry their respective fraught men off to the underworld. Both films are about that ideal, and critiquing it, while also acknowledging their maker's own life-long impossible and destructive fixations thereupon. Vital, necessary pieces of art. 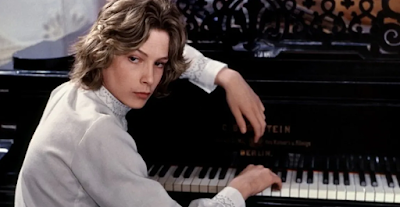 Is this movie as creepy as it sounds ?