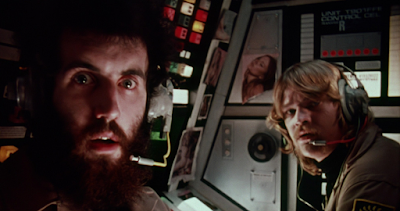 Doolittle: Don't give me any of
that intelligent life crap,
just give me something I can blow up.

Here on the god-head John Carpenter's 72nd birthday I sullenly have to admit I actually can't recall whether I've ever seen his first film Dark Star or not. I know what it's about but I could know what it's about without having seen it. When one's seen as many movies as I have seen this becomes a problem, but I'm sure plenty of you nerds have felt this same feeling.

I was watching the new documentary about the making of Alien the other day -- which is pretty good if weirdly Sigourney free, which was upsetting -- and Dark Star came up a couple of times therein since they were both written by Dan O'Bannon, and I went through this whole false memory process then too. I just can't remember. Anyway any Dark Star fans in the house? I should just watch it again, or possibly for the first time, right? 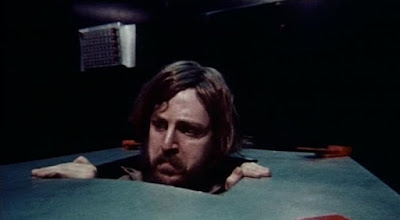 I think that if you had seen Dark Star you probably would have remembered it just because of how damm cute, funny and home-made it is.
It is (along Assault on Precint 13 and The Thing), my favorite Carpenter film.