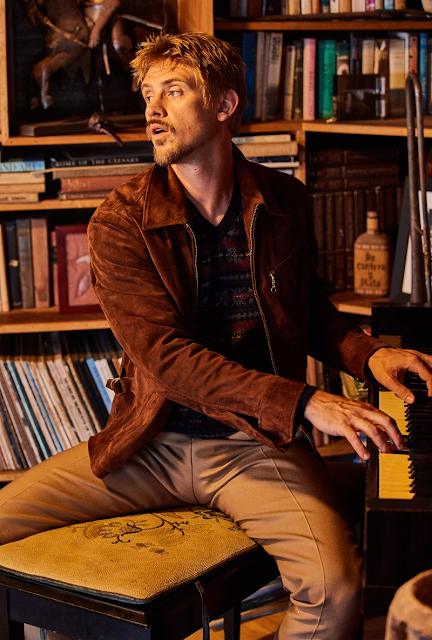 Good lord this brand new photo-shoot of our boy Boyd for GQ China (via) has given me a stiff case of the vapors. Bookshelves and scruff and sweaters and Boyd himself let's not forget -- it's a lot! The photo-shoot also comes at a perfectly opportune moment... 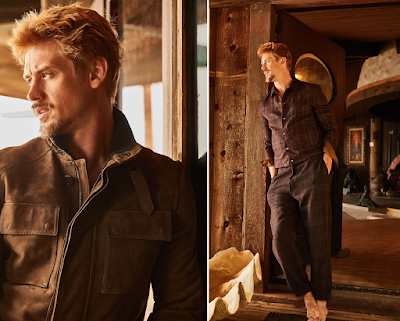 ... imagine that, where there's new news of him: he's going to star in a new TV series of The Fugitive, which will have him on the run for a crime he didn't commit while a Federal Agent, here played by Keifer Sutherland, is on his tail. I wanna be on Boyd's tail! I was hoping they'd update the series by just having Boyd's character framed for killing a husband instead of a wife, but alas they're going with some overly complicated plot about bombs and the LA subway. 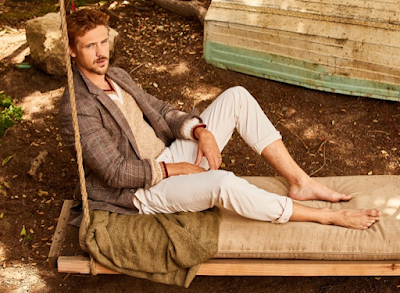 Even all these years after Speed I find it hard to believe that LA has a subway. Whatever. A producer for the show 24 is behind this reboot, which makes sense given the Kiefer; it will air on the new streaming service (oh boy another one!) called Quibi. Anyway I just wanna stare at Boyd so let's hit the jump to do just that... 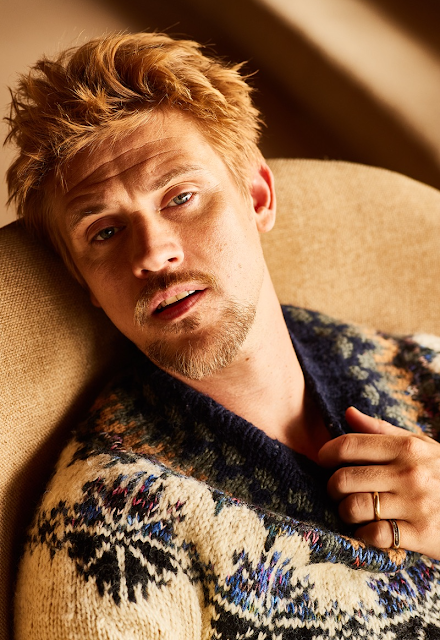 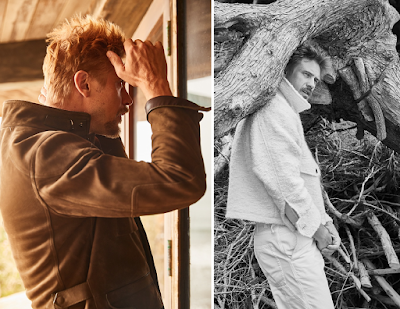 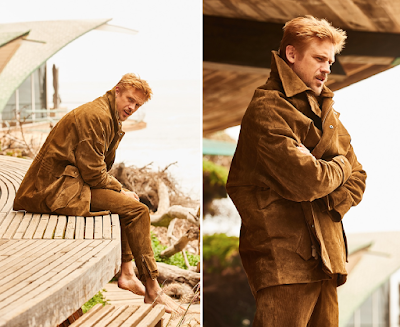 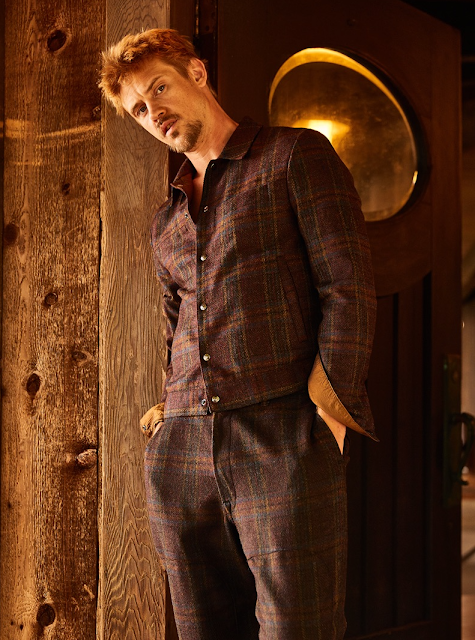 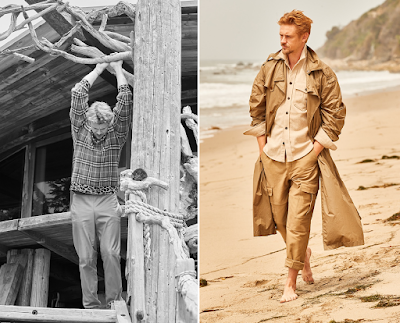 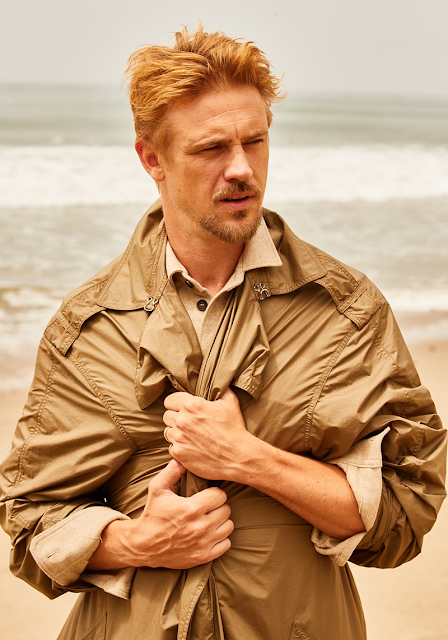 I love that they didn't shy away from the bulge on the first one, as for the show it doesn't sound fresh or too exciting to be honest, but when a show like that has a lead actor that looks like this, well it's just a no brainer to at least check it out.

Try as they might, nobody will ever convince me that Boyd Holbrook and Garrett Hedlund are not the same person.

I would be willing to be dropped right in between them to find out, Marc