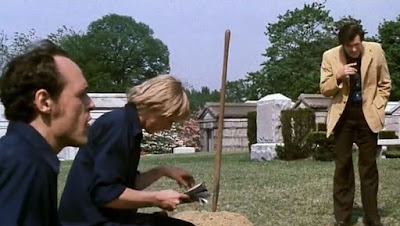 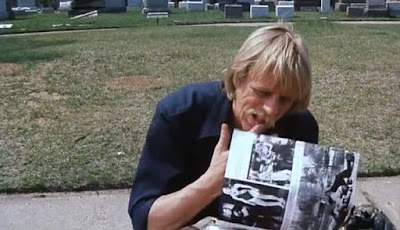 I never noticed how much "Blonde Gravedigger" kind of looks like George Romero before. That was probably accidental -- a lot of people looks like George Romero in 1980 -- but it's also apt, seeing as how Lucio Fulci was ripping Romero off with this flick (and several others he directed). It's actually kind of a shame that Romero didn't just go ahead and name his 2005 zombie movie City of the Living Dead and rip Fulci back off, bigger and with a studio budget, instead of going with Land of the Dead. Anyway wow this is a weird way to wish Fulci a happy birthday isn't it? Happy birthday, Lucio Fulci! You have your charms! 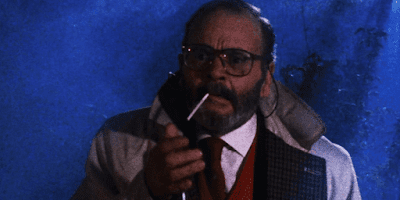